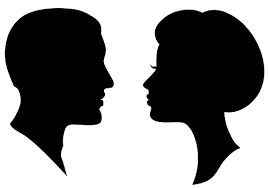 ……and I quickly rearranged my slightly wet and scattered hair. Without being too obvious struck a pose as if to say I wasn’t also interested in seeing him turn. Then out came a fit looking young man, with strong looking arms and abs as if they were specially carved out by a sculptor.
I felt a little upset he didn’t approach me first, instead was basking in all the attention he was getting from the other ladies. I was making my way out of the pool when I felt a firm grip on my hand. “Stay” he insisted. I reluctantly returned to the pool. I didn’t want him knowing I couldn’t swim, but he quickly found me out, with his usual smug look, offered to give me a few swimming lessons. One of which was to lay in his arms while he guided me. I’ve never been so vulnerable like I was in his arms.
He had pretty strong and big hands, I could feel the firm grip of his hands on my body. I’d think with all these muscles it was gonna feel uncomfortable in his arms. However, it inexplicably felt so tender in his arms. And occasionally the water will move me and I’ll hit my body against his abs and I will find a way to hold and hug him. It was quickly becoming a fruitless venture, so he decided we suspend the lesson and just enjoy the moment together. We got out of the pool to have some drinks and snacks. He suggested we leave early, but before he did, he asked that I go on a dinner date with him later that evening. I proposed the following day would be a better option. So I gave him my address, looking forward to seeing him soon.
I got home and the first thing I did was turn my room upside down , trying to find the perfect outfit and shoes for my date. The next thing was to check out all the restaurants around, as well as their menus so I know what to order when I got there.
The day came, and I had a friend come over to help me fix my hair as well as my nails. He was due to pick me up at 7pm so I tried to be on time so I make a good impression. You’d think after asking me on a date, he will ask for my number. Your guess is right, he still did not take my number. I thought it was weird, but I still loved the suspense it came with. And for a moment, it got me thinking “what if he stands me up?”
I still got ready for my date. At 7:06pm, I heard my doorbell ring and on the intercom, said he was waiting downstairs. Five minutes later, I was downstairs. He looked speechless and confused when he saw me. “You look more beautiful than I’ve ever known” he said. With a beaming smile I entered the taxi and we set off.
The taxi parked in front of an apartment building, and I asked why we were there. He asked I stay calm and trust him; he was going to explain everything. These were the words he said as we went up the stairs…

“We are in a foreign land and sometimes all you want is have a taste of home food, so I decided to make some local dishes and have dinner at home. If you don’t enjoy this we can go to a restaurant”

I didn’t think he could cook so I was not expecting anything extra tasty or delicious. It was a one room apartment, and so he’d set up the meal on the dining table in the kitchen. It was a candle lit dinner. He ushered me into my seat and turned on some jazz music, which I’m totally not used to. Served me a bowl of “beef light soup” and OMG! It was so tasty I wanted to ask for more, but opted against it. We had a good chat about life and our interests. The main dish for the night was “Banku with tilapia and ground pepper”. It sure tasted like I was back home in Ghana buying from “Auntie Adiza” at the junction. (where in heaven’s name did this young man find these ingredients???). I had a wonderful evening which ended with a dessert(chocolate ice-cream).
Finally he asks, “Are you single?” and in response, I said to him, “find my number and I MAY respond to the question”. He later called a cab and went home with me.  Immediately after I got to my room I received a text which read, “I’ve had your number for the past two weeks and didn’t know whether or not to call or text”…. It wasn’t after 2 days that he called. I scolded him for taking that long to call. I was getting all worked up and he still wasn’t trying to woo me. He asked to visit and I agreed.
Contrary to my thinking that he didn’t want to woo me, he explained how long he has wanted to talk to me and thus woo me. However, he is from a home where he was taught to be patient and plan well in whatever he did. He explained that he lived with his mom only and the value of respect for a woman had been literally engraved into his way of thinking. That he wanted to build friendship with me before anything like a romantic relationship. And the best parts of his words were as follows…

I really like you, you are beautiful, smart and full of life. You have a bright future, I don’t intend to be a hindrance to that future, instead I’d rather be a helper and a motivation towards your aspirations. I want to be your best friend you can confide in, your play mate, dance partner, and sometimes your number one enemy, because I am not perfect and there will be days I am going to upset you. In a world where friendship equates to technology, I want the old school type of walk in the park, bicycle rides, doing assignments together in the library, movie dates, etc. There is more to love than the word itself my dear.

The question now is, have I been woo-ed or have I got myself a wonderful male friend….??? 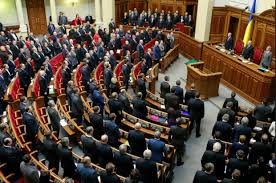 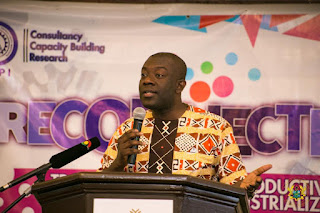